These are the winners from last week:

These are the winners of last week:

Congratulations to all winners! And lots of luck for this week! 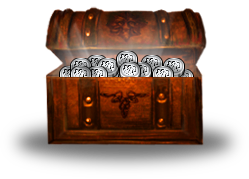 A brand new unit has found its way into Supremacy 1914: The bomber is an air unit that will open up many
new strategic opportunities. With its high range and great firepower, it is very strong and versatile. The
unit was released this week for a preview in Goldrounds, but will soon become an asset in all Supremacy
games for the players who have reached a certain rank. In addition, the already existing airplane will be
renamed fighter and will also become available in all games soon.

The preview has already begun and all players have the chance to play the bomber in Goldrounds. After the
preview, both the bomber and the fighter will become a selectable option in normal games as well, where
players will need a certain rank to be able to select them.

So if you would like to play the bomber now, go to Supremacy 1914 and try out the High Command
Premium Account which besides free Goldrounds, also offers some great additional features like Rally
Points, Build Queue, Advanced Fire Control, and Shared Intelligence. High command membership is available
through the Supremacy 1914 shop.

Due to numerous player requests we have added 10 new Premium 1-handed weapons to bridge the gaps between Premium weapons. The new weapons are available starting at 255 1H skill points. Please note that 4 of the new weapons can only be found in the bazaar!

Downtime will be approximately 10 minutes.

We will deploy a small update at 14:00 server time.

Downtime should not exceed 5 Minutes.

This will take approximately 15 minutes.

The update will bring some design improvements, further languages, some usability tweaks, the usual bug fixes and more.

So long and have a nice weekend.